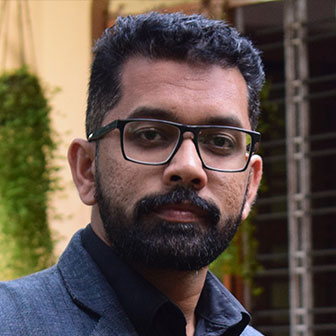 A post graduate in journalism, Shuvaikir Ramadan has earned a degree in India History from MG University and a diploma in multimedia. He is currently pursuing higher studies in Public Relations. Shuvaikir has donned the role of a news reporter, media analyst, auto journalist, script writer, and political-cultural critic. His official career as a journalist had its beginning at Reporter TV’s Delhi bureau. Throughout his journalistic career, Shuvaikir focused on humanitarian concerns and values.

Post 2013, Shuvaikir became a freelance journalist and an entrepreneur in the same field. Currently, he works as a Public Relations Consultant and Public Relations Strategy Developer with business groups, institutions, organisations, NGOs, various projects and events. Concept development, social welfare project development, research and analysis and some of his other areas of work. Shuvaikir is also active in the space of documentaries, TV programmes and advertisements.

Shuvaikir has also established a foundation named PHEFED for the cultural and educational edification of children and youths. He also runs motivational programmes and HR training.