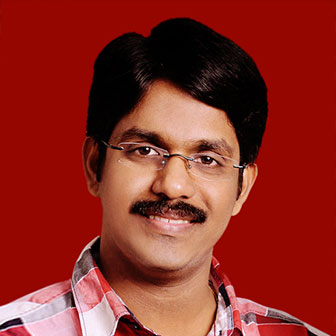 Happy Jose is a passionate sound engineer with over 14 years of experience under his belt. He has worked on several national and international projects, spanning several industries and over 36 languages. He has played an elemental role in almost 8000 songs, 400 films, 700 albums, 100 short films and 4000 advertisements At present, besides being the Chief Sound Engineer at The Woodpecker Studios, Cochin,he extends his skill and knowledge to related fields. He is one among the exclusive resource persons of the Kerala Media Academy (formerly, Kerala Press Academy), an autonomous institution under Government of Kerala. He has worked with several bigwigs from the entertainment industry including Shahrukh Khan, Mohanlal, Suhasini, Manju Warrier, Kavya Madhavan, Pearle Maaney and many more. Some of his notable movie works include Paleri Manikyam, Salt & Pepper, Loud Speaker, Sevens etc.